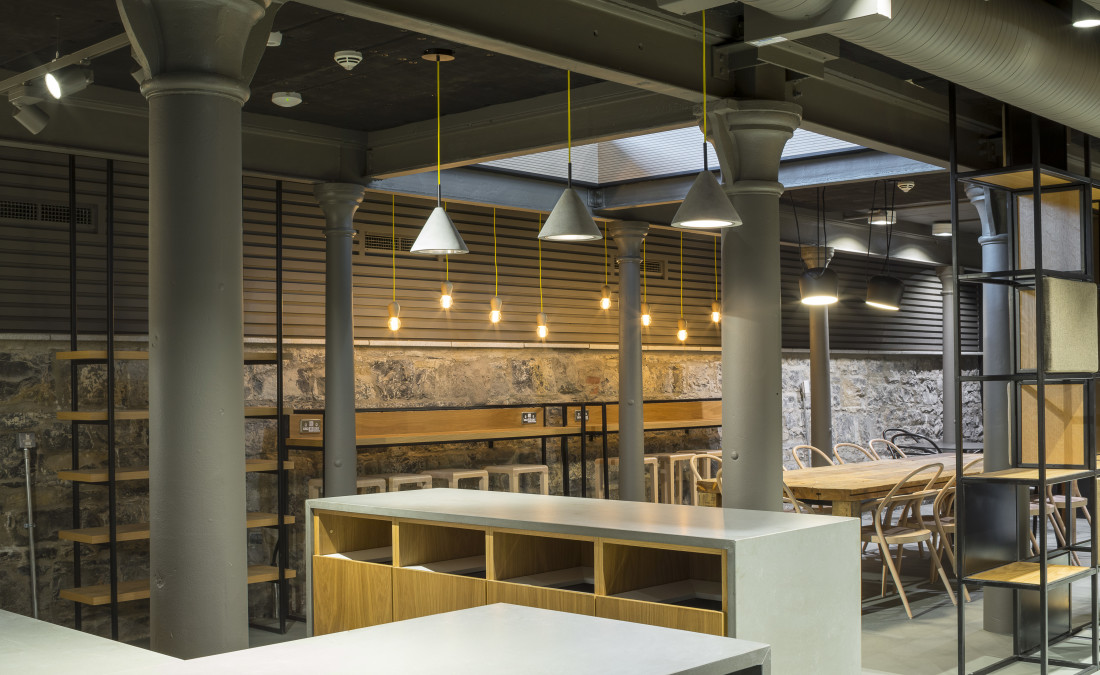 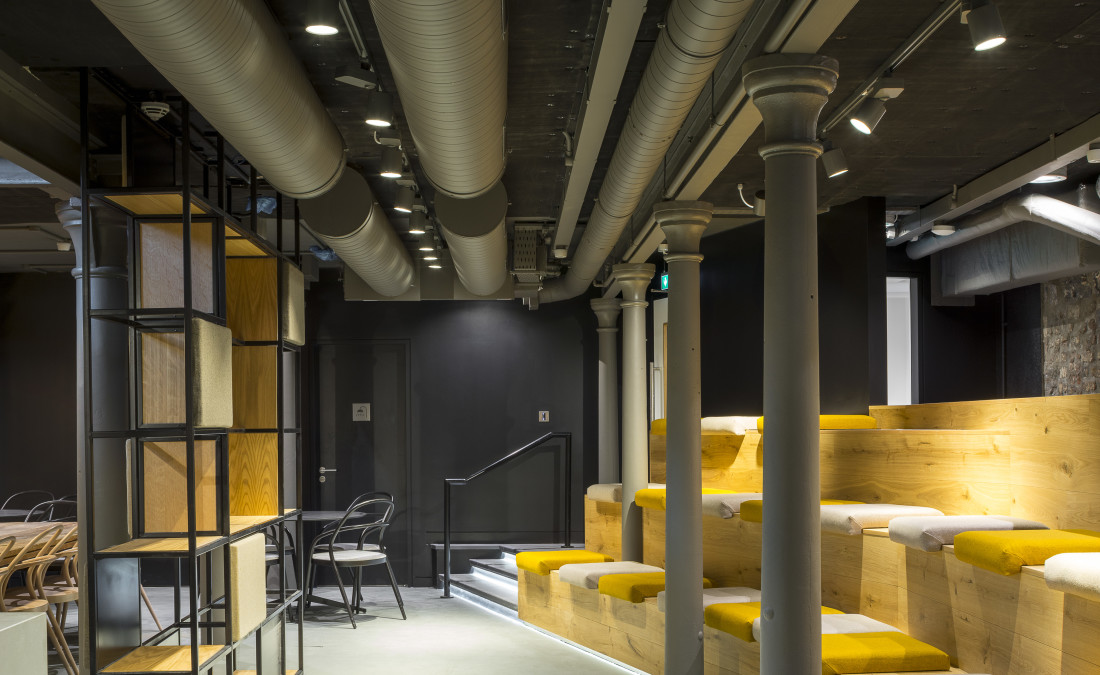 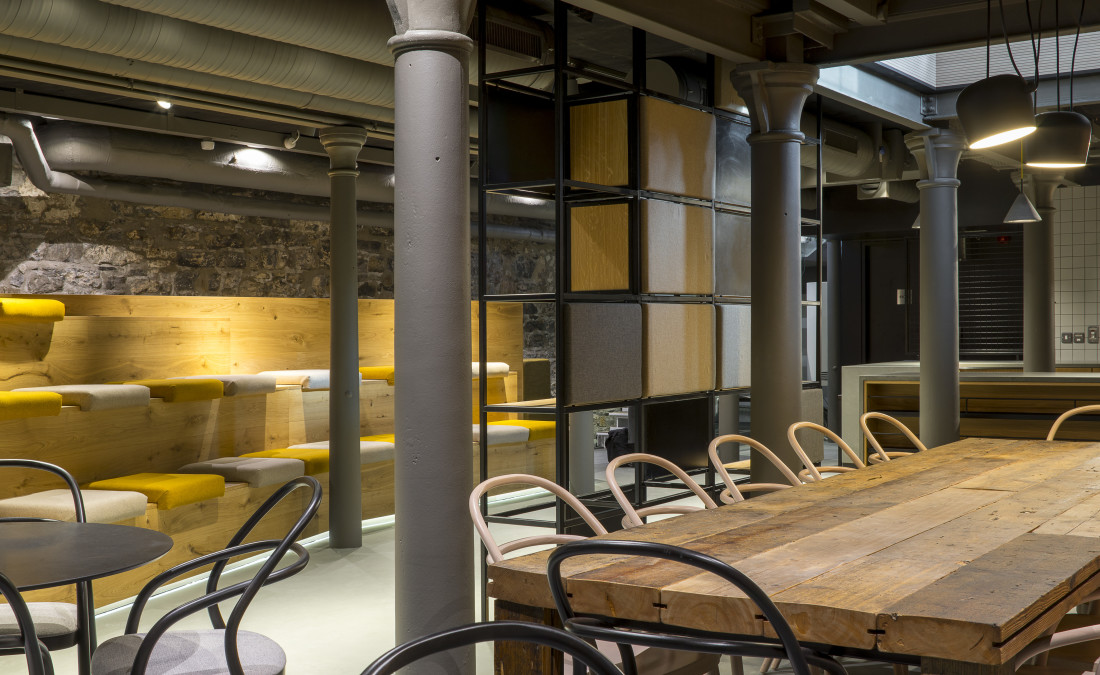 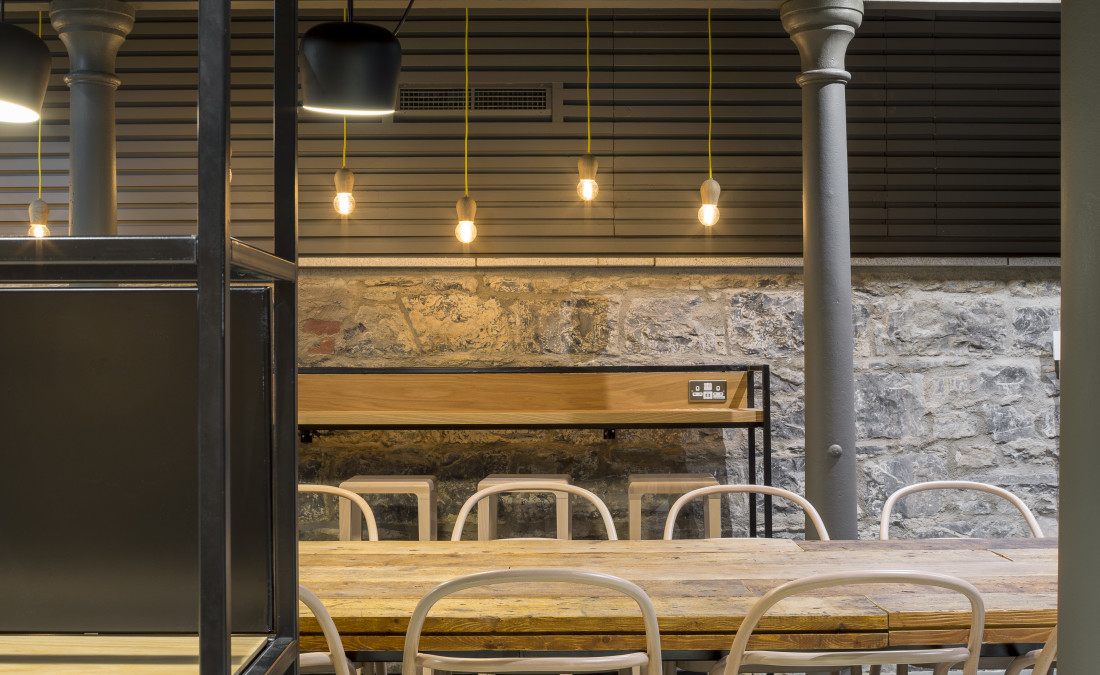 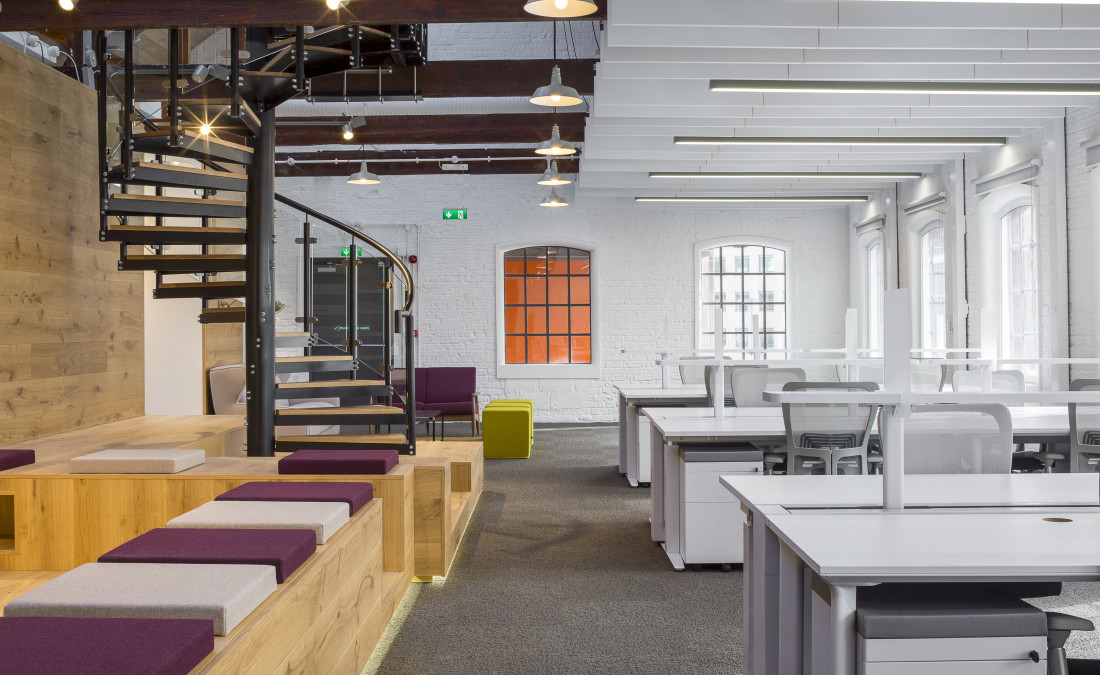 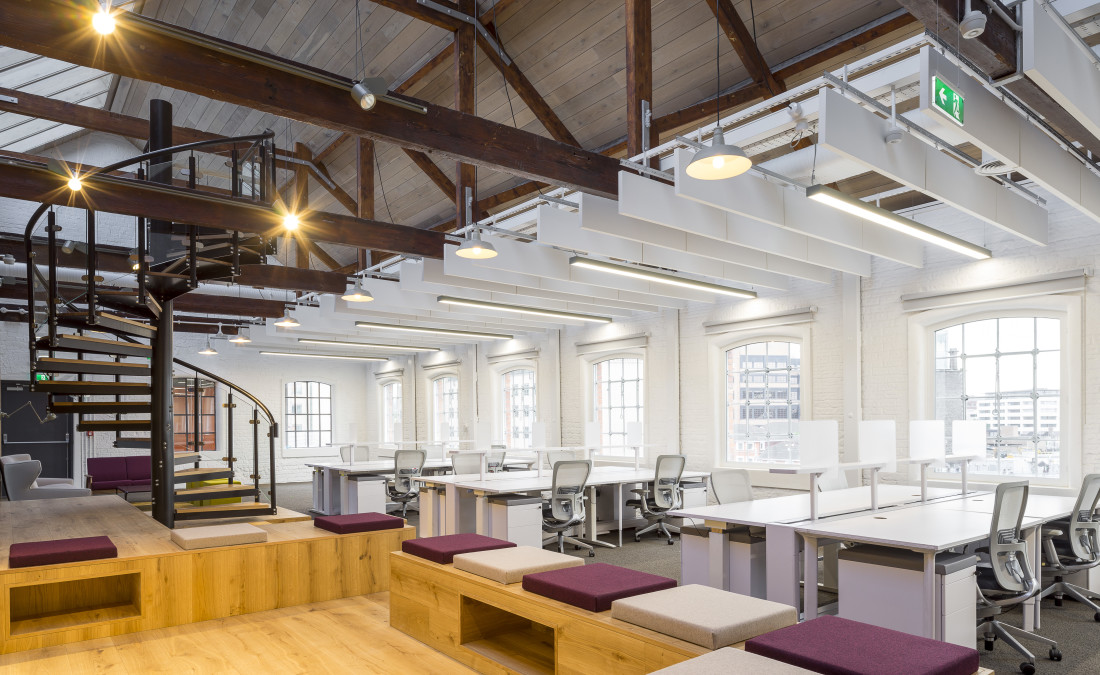 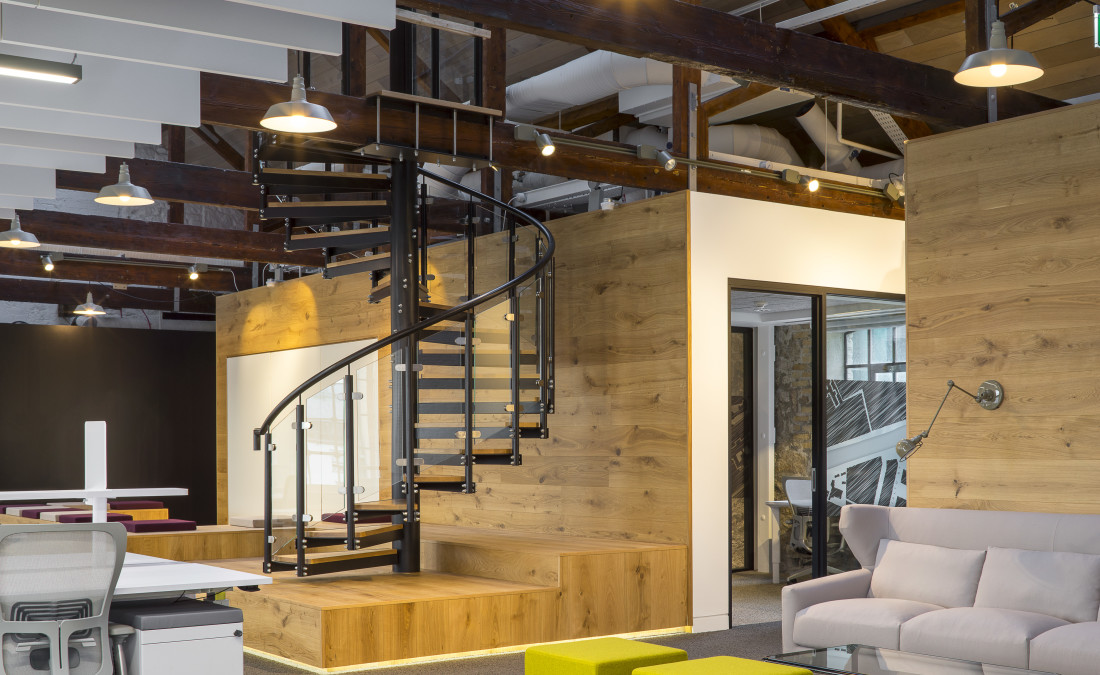 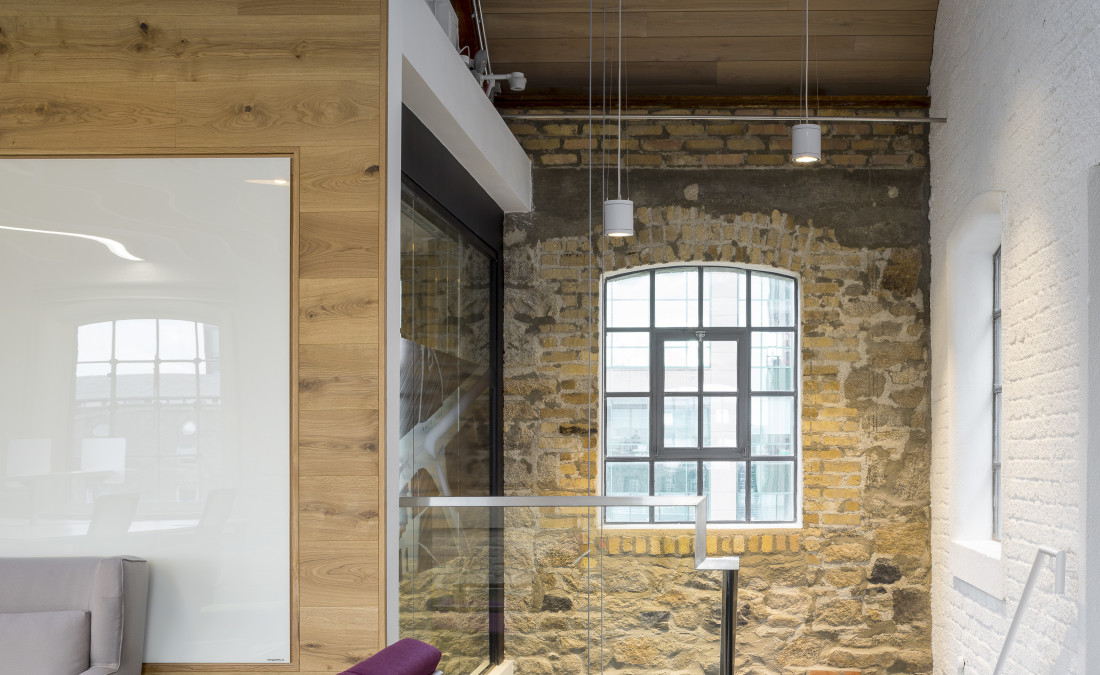 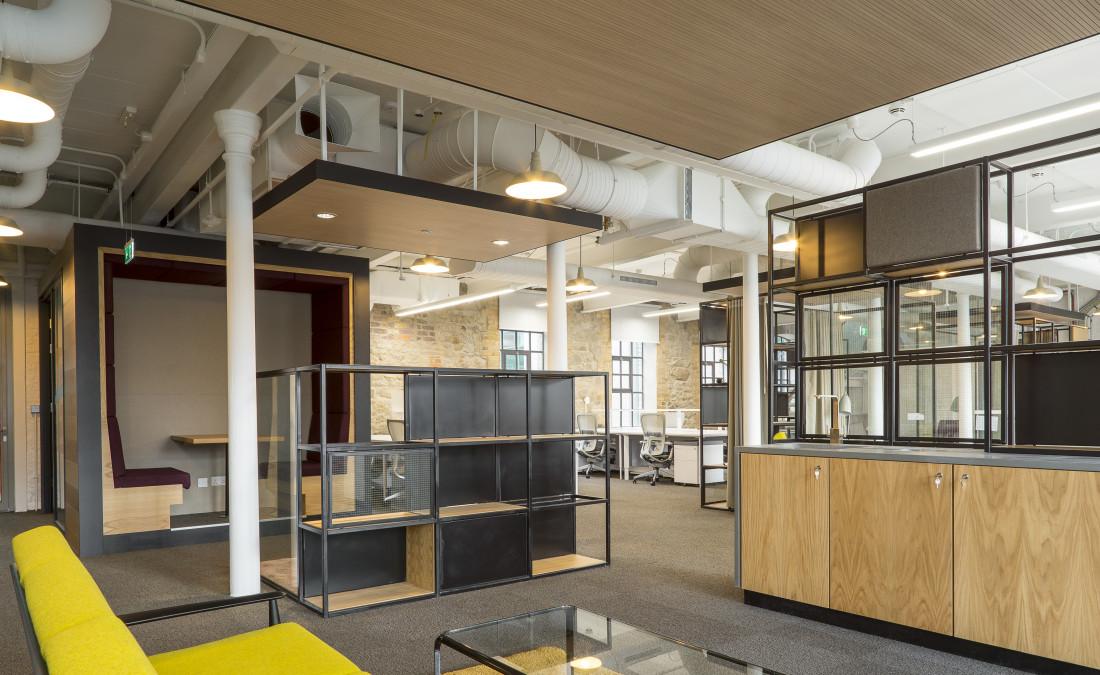 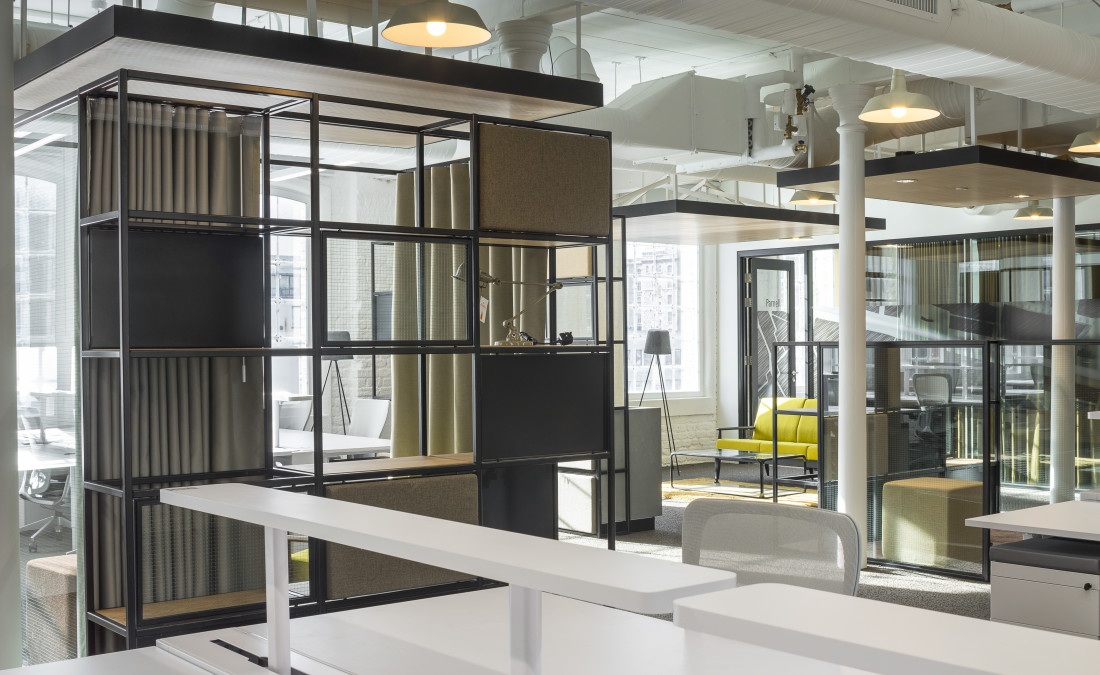 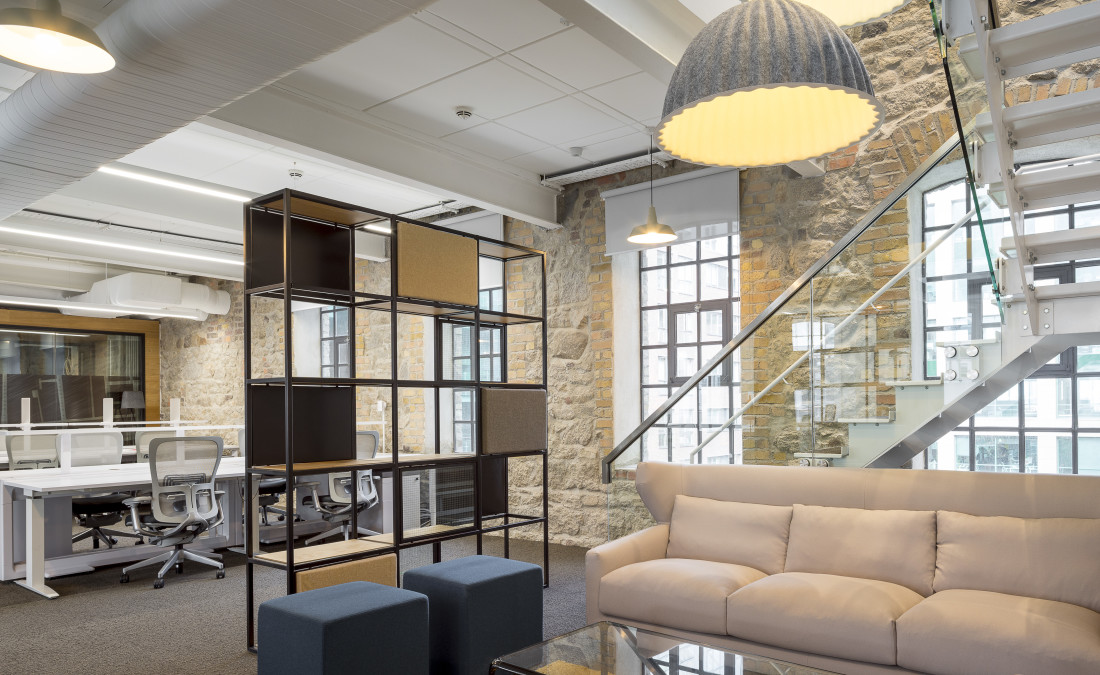 Built between 1816 and 1837, following William Jessop’s docks design of 1791, the building operated as a working Mill until it was refurbished in 2013 as an office space.  Facing the Basin itself,  Dockmill is a 4 storey over basement, eight bay,  stone and brick structure with elegant cast iron columns and beams internally, steel windows, timber flooring and naturally slated queen post roof. As a Protected Structure the primary challenge was to provide workstations, meeting pods, kitchen, break out and office space without having any detrimental effect on the original building fabric.  As such the design incorporates best practice in conservation with all new interventions being demountable and easily removed.  A clear distinction between the new contemporary installations and the elegant structure and walls of the protected structure was a driving force in the design.   In general the new interventions have been isolated from the old structure and stand alone as pods or platforms with in the space.