A former President of the RIAI, Seán is one of Ireland’s most esteemed and respected architects

Seán O’Laoire was a founding Director of Murray Ó Laoire Architects (1979) and since March 2010 as a Consulting Director of MÓLA Architecture. Educated at UCD and at the University of California, he combines over 30 years of experience in architecture with a specialism in urban design and planning. He has both worked and studied in England, Italy and the United States. As a former President of the RIAI Seán is one of Ireland’s most esteemed and respected architects.

Seán has been Director-in charge for a significant number of prestigious architectural, planning and urban design projects, many of which have been rewarded with national and international awards. In 1997 Seán was author of the successful Dublin Docklands Master Plan, at the time the largest masterplan ever undertaken in Ireland and one of the largest Docklands regeneration strategies in the world. Its success Internationally led to his re appointment to prepare the Dublin Docklands Area Master Plan in 2008. Seán has also been involved in master planning projects in Luohe in China, Wilson’s Wharf Master Plan in Durban, Ceannt Station Quarter in Galway, Loughmacask LAP, Killarney Urban Master Plan amongst but a few.

As an architect Seán has been involved in many award winning projects including the competition winning Irish Pavilion for EXPO 2000 in Hannover, Germany, Tourist Information Office in Arthur’s Quay Park (RIAI Gold Medal) and St Johns Castle Limerick.

In 2007 Seán was appointed President of the Royal Institute of Architects of Ireland (RIAI) for a 2 year tenure having formerly held the position of vice president. Seán has also served as a committee member of the Architectural Association of Ireland, and has had a continuing involvement in architectural education having previously taught in DIT Bolton Street. He was twice a juror for the RIAI Travelling Scholarship, and served as an External Examiner to University College Dublin (1991-1993) and at the University of Glasgow (1993-1998). He served on the board of the National Sculpture Factory for five years, and is a board member of the Harvard Centre for Urban Development Studies.

Seán is a founding member of the Academy of Urbanism, a high level group founded to champion the cause of good urbanism throughout the UK and Ireland. He has written and lectured extensively on architecture, art and related topics in Ireland, France, UK and America. He has also contributed to film and television documentaries and is a passionate lover of music, sport and travel. 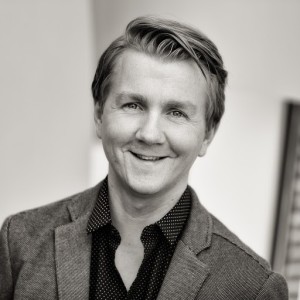