Official Opening of the “U” at DCU 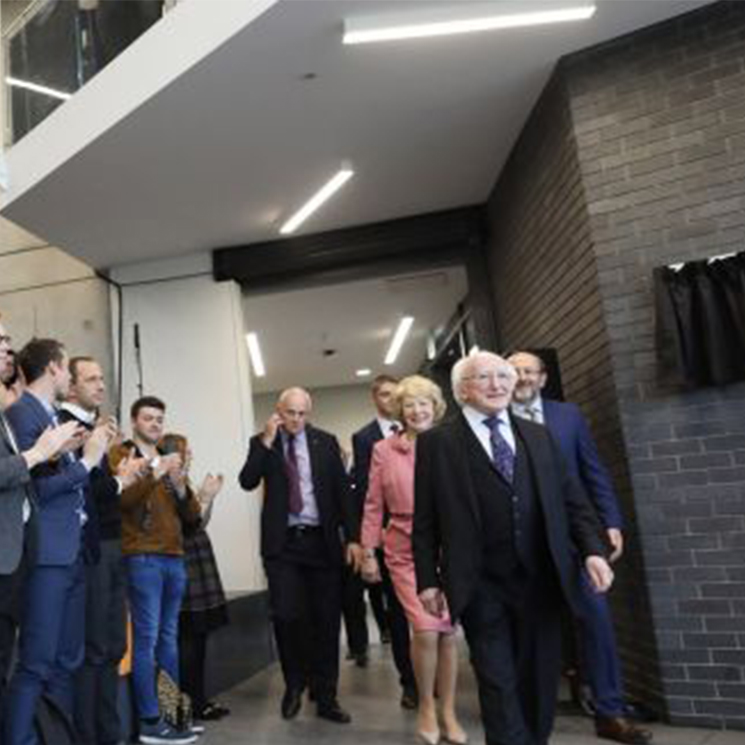 DCU’s new Student Union and Student Facilities building, The U, was officially opened by the President Michael D. Higgins and by DCU’s President, Brian MacCraith on 27th September 2018. The building was funded in part by student contributions over the past 10 years and it’s completion concludes over 3 years of outstanding dedication and innovation by MOLA’s project team which included collaboration with multiple student and academic bodies, the integration of two existing buildings (which remained in operation) seamlessly into the complex, and the making numerous parallel planning and other statutory applications. The photograph shows the two Presidents being welcomed by the MOLA guard of honour. 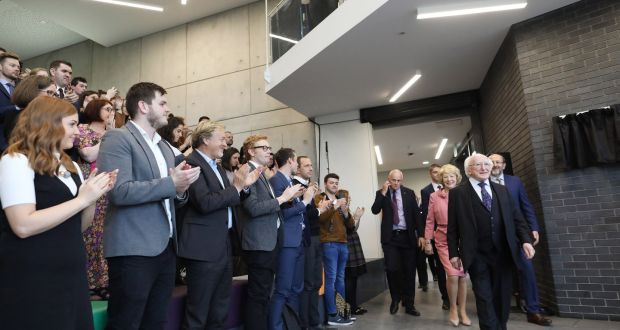